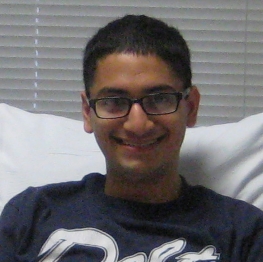 Gift of Life Founder and CEO Jay Feinberg (center) and Boca Raton Mayor Scott Singer along with members of Gift of Life's board of directors and guests cut the ribbon on April 30, 2019 to open the organization's new world headquarters and Stem Cell Collection Center.

Headquartered in Boca Raton, Florida, Gift of Life is an international public bone marrow and blood stem cell registry. Through its life-saving work, Gift of Life is a world leader in facilitating transplants for children and adults suffering from many life-threatening diseases, like leukemia and lymphoma.

When he was diagnosed with leukemia, Jay Feinberg was told he would need a bone marrow transplant to survive. He had no idea that his personal journey would result in the establishment of a grassroots organization—Gift of Life. But that's precisely what happened.

Jay's story is one of transforming adversity into success. When he got sick, Jay was told that a transplant could save his life, but he would probably die before finding a matching donor. He quickly learned the reason why. A patient's best chance of finding a genetic match lies with those of similar ethnic background. Unfortunately, the worldwide registry was not representative of all ethnic groups, and Jay was Jewish. There was an urgent need to add diversity to the registry, and time was of the essence.

Jay's family and friends didn't want to see him die needlessly. They wanted him to have an equal opportunity to find a match. So, they launched an ambitious grassroots donor recruitment campaign, resulting in the enrollment of tens of thousands of new donors in the worldwide registry. But after four years, they still couldn't find a match for Jay, despite helping many other patients in need.

That's when his miracle happened. A young man decided to run one last drive because his best friend had found a match through a drive held for Jay. He knew the odds were against him, but he was determined to return the gift. And that is exactly what he did.

Jay's four year search for a donor came to a close in May 1995. The very last donor—tested at that very last drive—turned out to be his miracle match! Jay received his transplant a short time later at the world renowned Fred Hutchinson Cancer Research Center in Seattle thanks to his miracle match, Becky, and a determined young man who wouldn't take no for an answer.

Innovation at Gift of Life

Gift of Life is the only bone marrow and stem cell registry founded and headed by a transplant recipient.