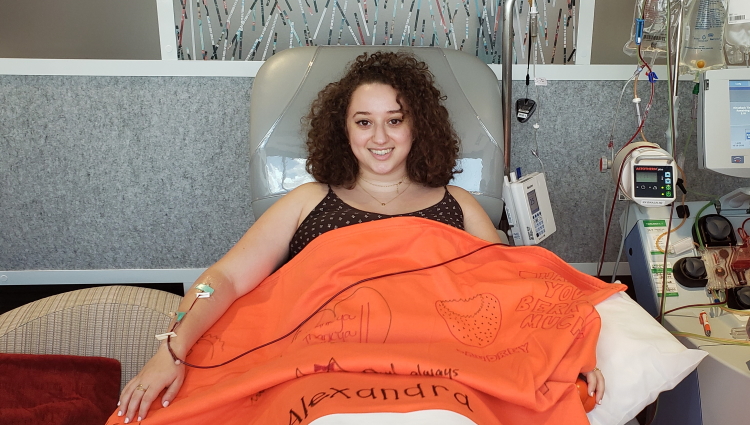 While visiting her brother and sister-in-law in Israel during 2017, Alexandra and her mother decided to volunteer for a day picking fruit with Leket Israel, the national food bank that cares for the vulnerable. Gift of Life was on hand that day to register new donors among the volunteers, and since her mother, brother and sister-in-law were already registry members, Alexandra said it didn’t take much encouragement for her to join.

“They told me it’s unlikely to be called because finding a match is so rare,” she said. “But I told them to try and ‘make it work.’ Joining was a no-brainer decision; it could mean decades added onto someone’s life.”

Her opportunity to help a patient came three years later, just before her 26th birthday, when she was found as the match for a woman in her early 50s battling acute leukemia.

“I could not get to the next steps fast enough,” said Alexandra. “I wasn’t going to say no. ‘No’ was not in my vocabulary that day. It was incredibly emotional, it felt like my time had come to do something immeasurably substantive. I was almost unbearably excited.”

The next step was to get Alexandra to Florida safely for her collection at the Adelson Collection Center in Gift of Life’s offices. It was October, and the COVID pandemic was starting to surge again.

“Traveling was nerve wracking, there were plenty of people around with no masks on,” she said. “But once I got there, I was able to spend time at the hotel chilling by the pool, at the beach and watching Netflix. I got a massage and would recommend that to any donor.”

This experience has completely reshaped the way I consider strangers and how I think about myself. It’s not often we can be fully present and consequential in the most positive way for someone else.

Alexandra appreciated both the collection center facility and the treatment she received from the Gift of Life staff members.

“They are the best team in the world, I would trust them with my life,” she said. “The facility is incredible, and the team is even better. I spent all day laughing with them and eating. They could not have made my experience any more enjoyable. Yet, I was always aware of why I was there, and that my recipient was going through one of the most difficult times of her life.”

On returning home, Alexandra was treated like royalty by family and friends, and her roommate immediately ordered a swab kit.

“Donating to help someone else was a break of sunshine through the storm clouds; times have been incredibly hard this past year,” said Alexandra. “This experience has completely reshaped the way I consider strangers and how I think about myself. I feel cosmically connected to someone I have never met and may never meet. It’s such an odd thing to have absolutely no conscious part in composing whatever it is in your body that is the solution to someone’s cancer. Yet I’m grateful and would do it again in a minute, I wouldn’t blink before saying yes.”

Her advice to anyone wondering about donating is this: “Don’t think twice. Do it. It’s not often we can be fully present and consequential in the most positive way for someone else. That’s not an opportunity to pass up.”

Alexandra is a graduate of Northeastern University, and currently lives in New York where she is working as a nanny. In her free time she loves exploring the city, reading, and baking. She and her roommate spend time giving back to the community by making food and hygiene bags for their homeless neighbors. 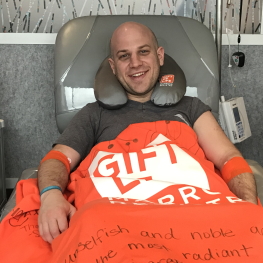