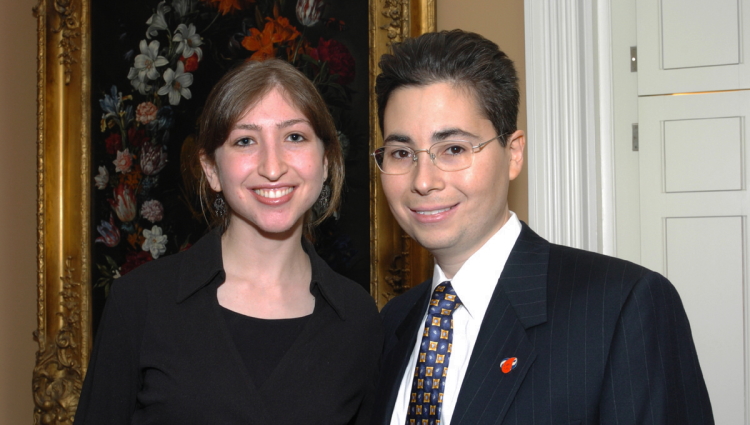 The What Ifs of Life: Becky overcame her fear and it has saved thousands of lives

Becky Faibisoff overcame her fear of needles to be tested as a marrow donor. She turned out to be Jay Feinberg's perfect match, starting events that have now saved thousands of lives.

Jay Feinberg is one of the most soft-spoken and humble people I know. Even at an event for Gift of Life, the organization he founded and serves as CEO of, he likes to blend in. While he is modest and would never tell you directly, it is not an exaggeration to say that he is personally responsible for saving thousands of lives.

Jay is the visionary behind Gift of Life, an organization that has conducted over 19,000 bone marrow drives, has more than 374,855 registered donors, has found 17,888 matches for patients (including several amazing BRS members, Avi Amsalem, Perel Hande, Matthew Hocherman and Jonathan Struhl) and has facilitated 3,645 livesaving transplants for patients in 49 countries.

But all of that almost didn’t happen. In 1991, during his first year of law school, Jay was diagnosed with leukemia.  His family was told he would need a bone marrow transplant to survive, but there were no matching donors in his family or in the entire national registry.  For four years, while they watched Jay’s health deteriorate, his tenacious family conducted drives around the globe. They tested 60,000 donors and found matches for hundreds of patients along the way.  Finally, they found one for Jay. Jay in the hospital awaiting the infusion of donated stem cells that saved his life.

When he recovered, Jay was determined to ensure others wouldn’t have to wait as long for a transplant or risk not finding a match at all. Instead of returning to law school, he used his own experience to found an organization dedicated to educating and encouraging people to add themselves to the bone marrow registry and to improve the efficiency of finding matches and coordinating transplants within the Jewish community and beyond.

This week marks the 25th anniversary of Jay’s transplant, his new lease on life.  Not only is he personally celebrating and feeling grateful to be alive, we should all be appreciative of the gift of Jay to humanity and the Jewish people.

While Jay and his story are extraordinary, there are other remarkable people without whom this story wouldn’t have a happy ending. Jay’s condition had worsened terribly, but friends of his in Milwaukee, Benjy Merzel and R’ Amir Gutman (now of Boca), refused to give up hope and organized one last drive. A young lady from Illinois, Becky (Faibisoff) Keller, volunteered at the drive, but due to her fear of needles decided not to get tested herself. The drive was packing up at the end of the day having tested 130 new people, hopeful one would be Jay’s lifesaving match.  In the last moment, Becky said to herself, it is silly to have come and helped out but not get tested myself.  She overcame her fear and was the last of 60,000 people tested, at the very last drive for Jay.

You guessed it - she turned out to be Jay’s perfect match and the transplant took place a short time later at the Fred Hutchinson Cancer Research Center in Seattle.

A determined family set out to find Jay a match. Two friends refused to give up hope.  And one young lady overcame a fear to do an act of kindness that not only saved Jay, but by extension has now saved the lives of thousands and given hope to leukemia patients around the world.

We are currently observing the darkest period of the year, mourning the tragedies, atrocities, suffering and loss throughout the millennia. Our rabbis tell us that what precipitated it all was baseless hatred, a lack of kindness, a self-centeredness that corrupted our world to the extent Hashem essentially disbanded and destroyed it, dispersing us around the globe.

The antidote, the key to rebuilding that world, to hastening redemption is to do the opposite, acts of selflessness, baseless kindness.  Dovid HaMelech wrote (Tehillim 89:3): Olam chesed yi-baneh – the world is built on kindness.

On Shabbos Nachamu we transition from mourning and destruction to comfort and consolation.  Yet our Beis HaMikdash remains unbuilt, our holy city still incomplete. Where is the comfort when nothing that we mourned has changed?  Perhaps our comfort stems from using the struggles of the past to inspire and motivate a future filled with kindness, goodness and selflessness.

Who knows the consequences, the “what if” created, by neglecting whatever act of kindness that we can do next?  Who may desperately need a phone call, a checking in, someone to shop for them or cook a meal, send flowers to for no reason or offer to learn on the phone.  There are no limits to the possible acts of kindness that can enrich or even save the lives of others, even when physical proximity is difficult or impossible.

Overcome a fear or inhibition, leave your comfort zone and reach outside yourself to do something kind for another.  Who knows what life you might not only touch, but save, and by extension how many thousands of other lives too.

Rabbi Efrem Goldberg is the Senior Rabbi of Boca Raton Synagogue (BRS), the largest Orthodox Synagogue in the Southeast United States, serving over 850 families and over 1,000 children in Boca Raton, Florida. Rabbi Goldberg’s warm and welcoming personality has helped attract people of diverse backgrounds and ages to the BRS community, reinforcing the BRS credo of “Valuing Diversity and Celebrating Unity.”

Rabbi Goldberg’s dynamic charisma, breadth of Torah knowledge, and personal warmth attract hundreds to the shul and his weekly lectures and classes. In addition to his position at BRS, Rabbi Goldberg plays a leadership role in many vital components of the greater South Florida community, and in 2010 he was recognized as one of South Florida’s Most Influential Jewish Leaders.

He serves as Co-Chair of the Orthodox Rabbinical Board’s Va’ad Ha’Kashrus, as Director of Conversions for the Beth Din of Florida, and as Posek of the Boca Raton Mikvah. He also serves on the Board of Directors of Katz Hillel Day School, Hadar High School for Girls, and Friends of the Israel Defense Forces.

SHARE
TWEET
All Posts
Stories
News
Donor Story
When she learned she was a match for a 65-year-old man suffering from multiple myeloma, Elizabeth burst into tears at the thought that she had the potential to save a life. 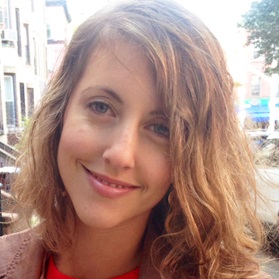